This might be the most significant update yet! First and foremost, it enables local multiplayer via splitscreen but there's a huge batch of other major changes based on recent feedback as well. 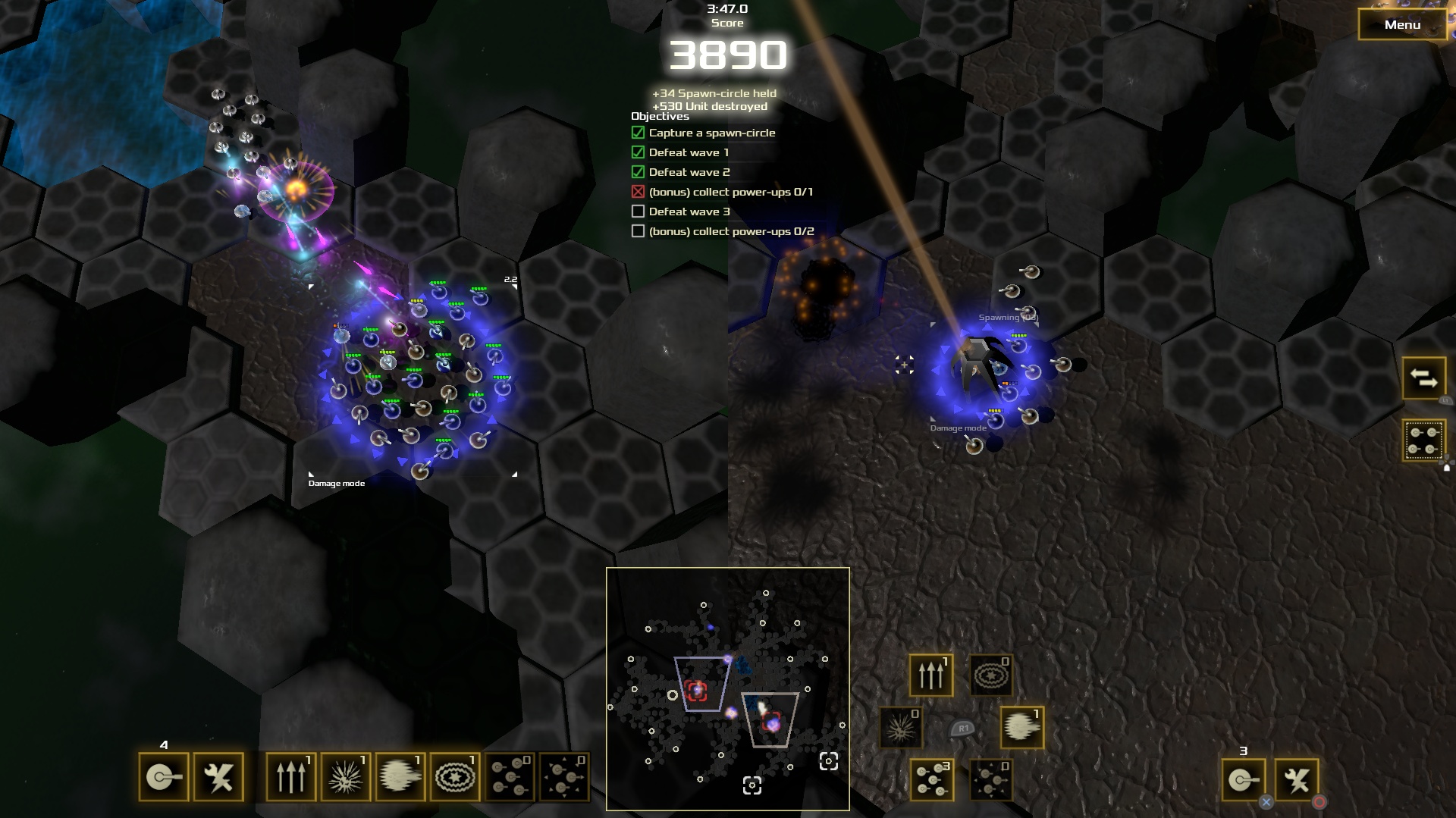 The objective for the balance changes was to more clearly set the game's focus on positioning and power-ups as opposed to the snowball-y macro economy.

As always, feedback on the changes is very welcome! Join my discord at https://discord.gg/JpekPzW