This update brings major changes to the horde mode, a revamped mini-map and improved formation support.

While the horde mode "experiment" turned out to be quite the fun game mode, it had one major game-design drawback, which I'm now trying to remedy. Once you master your opener, the game mode forced you to basically sit still in the middle, not giving you a lot of incentive to move around the map, especially in the "mid-game", where your defenses are pretty stable. 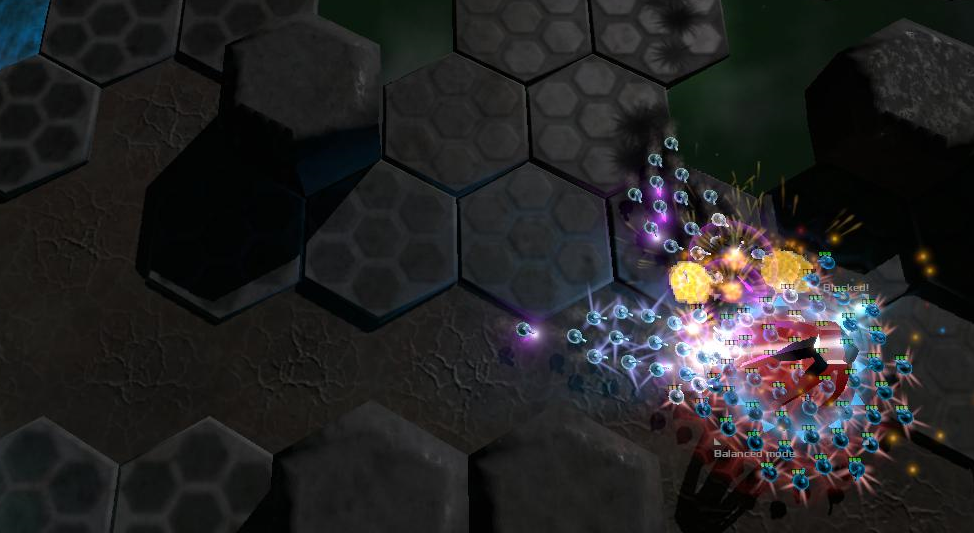 This update introduces two changes that try to give an incentive to move around the map. The first one is for positive-feedback. In addition to the power-ups that are spawned between the waves, two power-ups are now spawned during the waves. If you can get them, they will sure give you a significant boost later. The second one is to prevent negative-feedback. Starting at wave 4, one spawn-circle will be infected and start to constantly produce units to attack. These units to not count towards the wave - those will continue as usual. The infested spawn-circles will only be cleared if you capture them - otherwise, the threat will just grow stronger. Try to manage those early, while you still can!

So far, the mini-map did not really live up to its potential. It did show the map layout, units and spawn-circles, but nothing else. With this update, it can also show "events" - which can be power-ups, bombardments, battles and objectives. In addition to that, I also scaled it up quite a bit. Therefore, it is now much easier to keep track of all the things happening during the heat of battle. 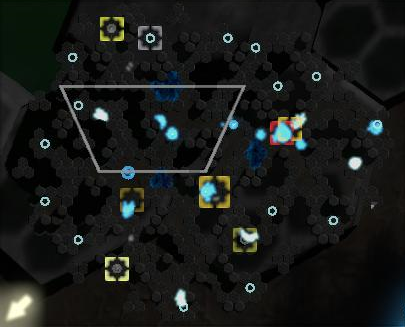 Previously, formations could be drawn by using the split move modifier. Thanks to some suggestions from the user Dissonant on the "RTS Games Lovers" Discord, this is now improved to support actual drawing of the target formation. Both features can of course be combined:

abstractanks will be available at a discounted rate during this year's Winter Sale, which starts December, 18th